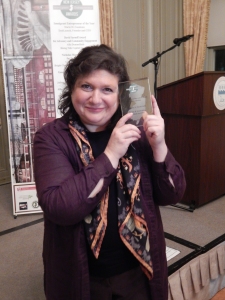 Right when the country is debating the importance of passing comprehensive immigration reform, recognition of immigrants’ entrepreneurship success seems more than appropriate, timely. The United States of America has relied on the innovation and creativity –crowned by persistence and hard work–, of millions of immigrants who came to this land and started businesses, creating wealth and jobs for their communities.

The economic power of immigrants cannot be dismissed. In 2013, Hispanics alone had an estimated after-tax income of more than $605 billion. That figure is equivalent to almost one out of every 10 dollars of disposable income held in the United States that year. Foreign-born Hispanic households made up a sizeable portion of that figure, estimated at an economic power totaled $287 billion that year.

In 2013, the Rothman Institute Annual New Jersey Immigrant Entrepreneur Awards was created to reward current first-generation immigrant business leaders who are supporting New Jersey communities in honor of those who were visionaries in their industry or field. The awards include five categories –Albert Einstein Award for Innovation, George Perrott Macculloch Award for Leadership, Nicholas Marcalus Award for Sustainability, Caspar Wistar Award for Growth, David Sarnoff Award for Advocacy and Community Engagement– and the Immigrant Entrepreneur of the Year.

The George Perrott Macculloch Award for Leadership was bestowed in this occasion to Marcela Zuchovicki, Founder and CEO of Jalima & Associates. “If someone would look at my resume, they would not know what to do with me,” Marcela said in her acceptance speech referring to her diverse and wide-ranging background.

Born in Argentina and raised in Mexico, Marcela graduated as a mathematician and Actuary and became a Calculus and Linear Algebra professor at the University of Anahuac in Mexico. From managing multimillion dollar programs in Mexico, Europe, India and the United States to creating and running several companies in diverse industries such as arts management and coffee distribution, Marcela has done it all and has done it efficiently.

“My mother instilled in me the desire of helping those less fortunate. My father taught me that every day I had to learn something new,” she said. “So both my parents made sure I had a superior education and at age 22 I was an Actuary registered in the Actuary Society.” Her mother was a Holocaust survivor and her father, also born in Argentina, the son of refugees from Belorussia who fled to Argentina escaping anti-Semitism.

After years of living in three continents and several countries, Marcela came to the USA in the nineties and became actively engaged in the development of several businesses, founding Jalima Coffee, a company she has owned for over 10 years.

In 2010, Marcela founded Jalima & Associates, a virtual CFO/Bookkeeping and Strategic Advisory company that provides integrated cost-effective services, counseling and planning to individuals and small and mid-size businesses. She serves on the Board of the Rutgers University Newark NJSNDC and is the President of the EPI Rutgers University Alumni Association Board.

“Each one of us has the potential to do something extraordinary, no matter how much society is shifting or how different we think about everything,” Marcela stated. “I want to thank the USA for letting me call it my home. Being an American is a special gift and I’m very grateful for it.” 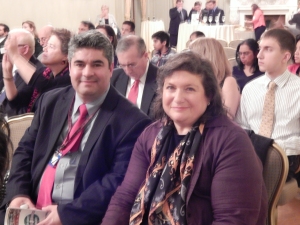 About the Rothman Institute and the Immigrant Entrepreneur Award

The mission of the Rothman Institute at Farleigh Dickinson University encompasses teaching and supporting entrepreneurship and innovation in the academic, business and nonprofit communities. Part of the Silberman College of Business since 1989, the institute has offered academic and outreach programs at the local, regional and progressively, international levels.

The intention of the Awards is to bring together business groups from across the state to join in celebrating the important role of immigrants to today’s economy. During its history, New Jersey was home to the first successful glass making business in the colonies as well as the largest marine engine building shop, the largest parachute production company, the fourth largest brewery, and the sixth largest homebuilder in America — all founded by immigrant entrepreneurs.

The nominees for the 2014 Awards hailed from 15 countries in South America, Africa, Europe and Asia, representing small mom and pop businesses as well as large corporations; ranging from high-tech firms to professional service providers, from manufacturing operations to food and financial institutions. Combined, the nominees employ thousands of people and generate millions in sales for the New Jersey communities.

Watch our video production on our LatinasInBusiness.us YouTube channel. 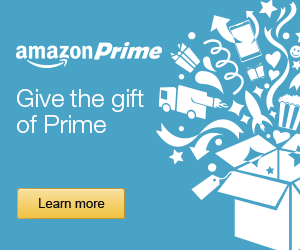